Principal component analysis of a trajectory¶

Here we compute the principal component analysis of a trajectory.

The test files we will be working with here feature adenylate kinase (AdK), a phosophotransferase enzyme. ([BDPW09]) The trajectory DCD samples a transition from a closed to an open conformation.

Principal component analysis (PCA) is a statistical technique that decomposes a system of observations into linearly uncorrelated variables called principal components. These components are ordered so that the first principal component accounts for the largest variance in the data, and each following component accounts for lower and lower variance. PCA is often applied to molecular dynamics trajectories to extract the large-scale conformational motions or “essential dynamics” of a protein. The frame-by-frame conformational fluctuation can be considered a linear combination of the essential dynamics yielded by the PCA.

In MDAnalysis, the method implemented in the PCA class (API docs) is as follows:

Principal component analysis algorithms are deterministic, but the solutions are not unique. For example, you could easily change the sign of an eigenvector without altering the PCA. Different algorithms are likely to produce different answers, due to variations in implementation. MDAnalysis may not return the same values as another package.

For best results, your trajectory should be aligned on your atom group selection before you run the analysis. Setting align=True will not give correct results in the PCA. 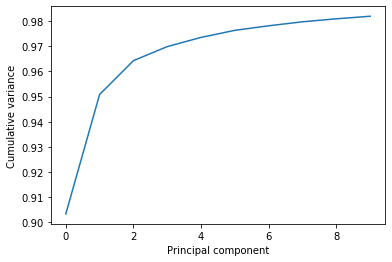 The pc.transform() method transforms a given atom group into weights \(\mathbf{w}_i\) over each principal component \(i\).

While the given atom group must have the same number of atoms that the principal components were calculated over, it does not have to be the same group.

Again, passing n_components=None will tranform your atom group over every component. Below, we limit the output to projections over 5 principal components only.

The output has the shape (n_frames, n_components). For easier analysis and plotting we can turn the array into a DataFrame.

There are several ways we can visualise the data. Using the Seaborn’s PairGrid tool is the quickest and easiest way, if you have seaborn already installed.

You will need to install the data visualisation library Seaborn for this function. 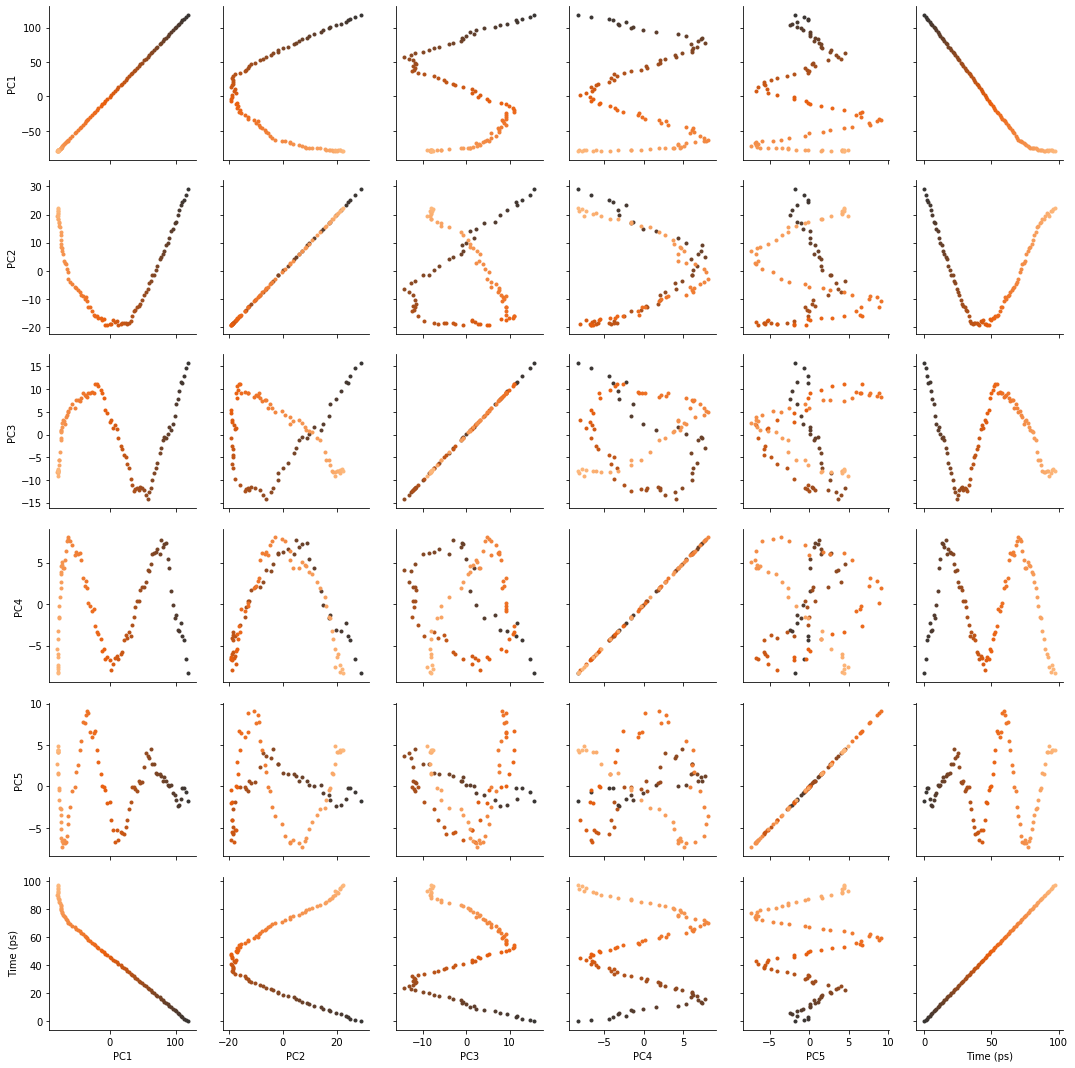 Below, we generate the projected coordinates of the first principal component. The mean positions are stored at pc.mean.

We can create a new universe from this to visualise the movement over the first principal component.

If you have nglview installed, you can view the trajectory in the notebook. Otherwise, you can write the trajectory out to a file and use another program such as VMD. Below, we create a movie of the component.